Additional changes to PPP loans were passed by the Senate last night and are expected to be signed by the President.  The following changes will apply to all PPP loans (with one optional exception discussed later).


·         The minimum loan percentage that must be used toward payroll costs decreased from 75% to 60%; the remaining 40% can be spent on allowable non-payroll costs.  (Note: as currently written, at least 60% of the total loan must be spent on payroll for any money to be forgiven.  There may be a future technical correction coming related to this.)


·         There are new exceptions for restoring the number of full-time equivalent employees.  There is no longer a reduction if either of the following can be documented:


o   You are unable to rehire the individuals who were employees on February 15, 2020 and cannot hire a similarly qualified employee(s) by December 31, 2020.


o   You are unable to return to the same level of business activity as of February 15, 2020 due to specific factors related to COVID-19, as outlined in the Act.


There is also an optional exception written into the Act that allows anyone who already had a PPP loan before this Act was effective to use the 8 week period instead of extending the period to 24 weeks. 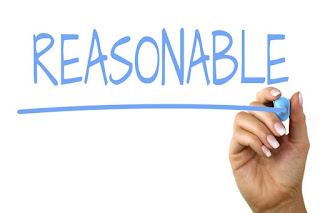 As the owner of an incorporated business, you are probably aware that there's a tax advantage to taking money out of the corporation as compensation (salary and bonus) rather than as dividends. The reason is simple: a corporation can deduct the compensation that it pays, but not its dividend payments. Thus, if funds are withdrawn as dividends, they're taxed twice, once to the corporation and once to the recipient. Money paid out as compensation is taxed only once, to the employee who receives it.
However, there's a limit on how much money you can take out of the corporation in this way. The law says that compensation can be deducted only to the extent that it's reasonable. Any unreasonable portion is nondeductible and, if paid to a shareholder, may be taxed as if it were a dividend. As a practical matter, IRS rarely raises the issue of unreasonable compensation unless the payments are made to someone "related" to the corporation, such as a shareholder or a member of a shareholder's family.
How much compensation is "reasonable"? There's no simple formula. The IRS tries to determine the amount that similar companies would pay for comparable services under like circumstances. Factors that are taken into account include:
•       the employee's duties;
•       the amount of time required to perform those duties;
•       the employee's ability and accomplishments;
•       the complexities of the business;
•       the gross and net income of the business;
•       the employee's compensation history; and
•       the corporation's salary policy for all its employees.
There are a number of concrete steps you can take to make it more likely that the compensation you earn will be considered "reasonable," and therefore deductible by your corporation. For example, you can:
•       Use the minutes of the corporation's board of directors to contemporaneously document the reasons for the amount of compensation paid. For example, if compensation is being increased in the current year to make up for earlier years in which it was too low, be sure that the minutes reflect this. (Ideally, the minutes for the earlier years should reflect that the compensation paid in those years was at a reduced rate.)
•       Avoid paying compensation in direct proportion to the stock owned by the corporation's shareholders. This looks too much like a disguised dividend and will probably be treated as such by the IRS.
•       Keep compensation in line with what similar businesses are paying their executives (and keep whatever evidence you can get of what others are paying - such as salary offers to your executives from comparable companies - to support what you pay if you're later questioned).
•       If the business is profitable, be sure to pay at least some dividends. This avoids giving the impression that the corporation is trying to pay out all of its profits as compensation.
As in most tax situations, planning ahead avoids problems later. Contact us if you would like to discuss this or any other aspect of your current or deferred compensation strategies.
Posted by LWH CPAs at 9:32 AM No comments: 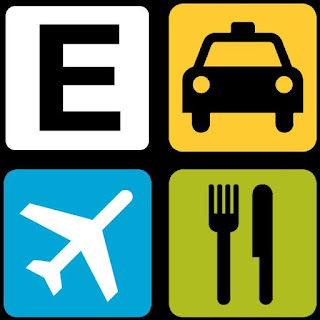 If you play a major role in a closely-held corporation and take on corporate expenses personally, you may wonder if such expenses paid on behalf of the corporation will be deductible.  These costs may wind up nondeductible both by the officer and the corporation unless proper steps are taken.
In general, you can't deduct an expense you incur on behalf of your corporation, even if it is a legitimate "trade or business" expense and even where the corporation is financially troubled. This is because a taxpayer can only deduct expenses that are his own. And since your corporation's legal existence as a separate entity must be respected, the corporation's costs aren't yours and thus can't be deducted even if you in fact pay them. What's more, the corporation won't be able to deduct them either because it didn't pay them itself. Therefore, it shouldn't be a practice of a corporation's officers or major shareholders to cover corporate costs.
On the other hand, if a corporate executive incurs costs which relate to an essential part of his duties as an executive they may be deductible as ordinary and necessary expenses related to his "trade or business" of being an executive. If you wish to set up an arrangement providing for payments to you and safeguarding their deductibility, a provision should be included in your employment contract with the corporation stating the types of expenses which are part of your duties and authorizing you to incur them. For example, you may be authorized to attend out of town business conferences on the corporation's behalf at your personal expense.
Alternatively, to avoid the complete loss of any deductions by both yourself and the corporation, an arrangement should be in place under which the corporation reimburses you for the expenses you incur. This will at least allow the corporation to deduct the amount of the reimbursement.
Please contact us if you would like assistance regarding any of the above or if you wish to discuss any of these matters further.
Posted by LWH CPAs at 7:18 AM 1 comment:

The chart below compares grant and loan programs available at the state level for Illinois and Indiana businesses.  Please contact us with any questions.  This information is current as of 4/4/2020.